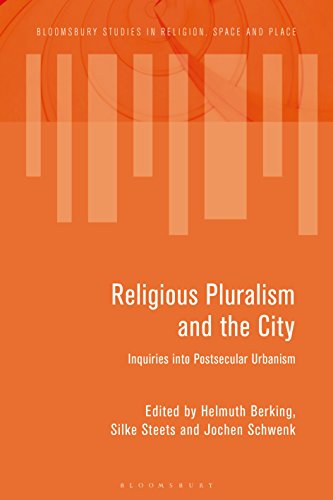 Religious Pluralism and the City challenges the notion that the city is a secular place, and calls for an analysis of how religion and the city are intertwined. It is the first book to analyze the explanatory value of a number of typologies already in use around this topic – from "holy city" to "secular city", from "fundamentalist" to "postsecular city". By intertwining the city and religion, urban theory and theories of religion, this is the first book to provide an international and interdisciplinary analysis of post-secular urbanism.

The book argues that, given the rise of religiously inspired violence and the increasing significance of charismatic Christianity, Islam and other spiritual traditions, the master narrative that modern societies are secular societies has lost its empirical plausibility. Instead, we are seeing the pluralization of religion, the co-existence of different religious worldviews, and the simultaneity of secular and religious institutions that shape everyday life. These particular constellations of "religious pluralism" are, above all, played out in cities.

Including contributions from Peter L. Berger and Nezar Alsayyad, this book conceptually and empirically revokes the dissolution between city and religion to unveil its intimate relationship, and offers an alternative view on the quotidian state of the global urban condition.